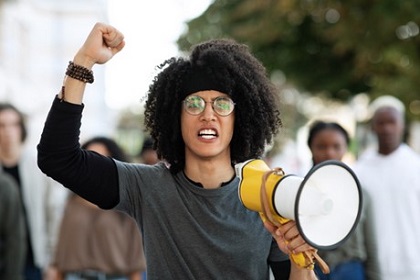 The term “organizing” means both campaigns to certify non-union workers into union membership, and “internal organizing” to strengthen the capacity of unions through engaging with and skill-building existing union members.

Labor Notes is a media and organizing project that has been the voice of union activists who want to put the movement back in the labor movement since 1979. Through their magazine, website, books, conferences, and workshops, they promote organizing, aggressive strategies to fight concessions, alliances with worker centers, and unions that are run by their members.

(VIDEO) Promoting Your Union: Six Strategies to Get More Organizing Leads and Union Members. Do you know the 6 most effective ways to reach non-union workers? Promoting Your Union is a book to help union organizers get more organizing leads, create outreach plans to bring in new members and build the power of their unions.