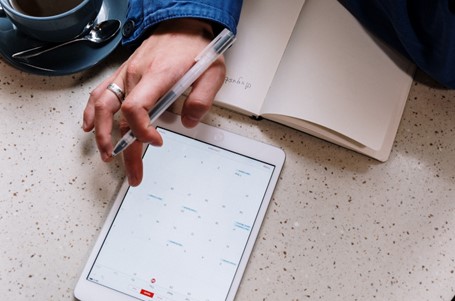 Back in 2020, a few weeks into the COVID-19 pandemic, it started to really sink in that this was a long-term, massively significant historic event. Things had changed, of course. But what most of us started to realize then was that things would not simply return to “normal” in a short while, or ever.

The discussion about the shape of the post-pandemic recovery had begun, and a wealth of strong progressive proposals came forward. But, as always, those who are steering the economic ship in this country had other ideas. More than two years later, we are witnessing a full-fledged assault on the economic interests of working people.

The first wave came in the form of massive inflation. At best, the shocking increase in the cost of essentials such as food and fuel chipped away the savings of those who had been lucky enough to develop some during the previous two years. At worst, it plunged households and families into poverty and stacked lineups at food banks and soup kitchens.

Despite raking in record profits straight through the worst of the pandemic, corporate interests have continued to make workers pay for its impacts by raising prices and keeping those profits soaring. Enter the Bank of Canada, which now promises to slow inflation through increased interest rates.

Essentially, what we are witnessing is planned recession, aimed at putting people out of work and therefore increasing competition for jobs. The intent is obvious; stagnate wages in order to improve profitability and stem the current tide of workers walking away from bad jobs and joining unions.

The effects of this policy will obviously be disastrous for workers, especially those who end up unemployed in the process of this cruel, anti-worker, controlled burn of our economy. Meanwhile, without cost-of-living increases and secure employment, working people and families will struggle to keep up with rising costs. Savings will be lost, and hardship and poverty will increase.

Another tragic side effect of this policy will be the loss of housing. It is a well-known fact that many in Canada are severely indebted. Many have turned to taking on more debt just to get by as the cost-of-living skyrockets. Housing debt is a major factor, with many facing dangerous territory as the mortgages they could service in recent years set to increase dramatically with rising interest rates. This threatens not only to put homeowners out of their homes, but in many cases also a loss of rental units in the form of basement suites and the like.

Once again, workers are being asked to shoulder the full weight of the sacrifices that supposedly must be made to keep our economic system afloat while those with wealth and power shelter themselves from the storm and reap the rewards. Worse, many workers believe that this is unavoidable and necessary.

Like most workers, I am not an economist. It is a challenge to cut through the purposefully inaccessible, technical jargon used to describe the inhumane policies that are foisted upon us again and again. That’s why it is so crucial that the labour movement educate its members on economic issues.

During the pandemic, the Vancouver & District Labour Council has hosted a series on Labour Economics. The extremely popular series of evening courses was facilitated by economist Jim Stanford of the Centre for Future Work, and BC General Employees’ Union Treasurer Paul Finch. The sessions covered topics such as economic reconstruction after COVID, land economics, the future of work, consumer price index, climate and jobs, and debt.

More recently, the VDLC teamed up with New Westminster & District Labour Council for a lunch & learn with Jim Stanford on inflation myths, realities, and solutions.

Of course, the labour movement is also fighting back. Workers are calling for cost-of-living increases, most notably public sector workers who are currently engaged in a major fight for this thoroughly just and necessary demand.

The truth is that people make the rules of our economic system. We can choose a different way, one that put taking care of people first and promoting equity, resilience, and justice. But to do so, we have to be able to see through the propaganda and rhetoric that is used to promote and justify anti-worker economic policies. It’s time for the labour movement to prioritize economic education.