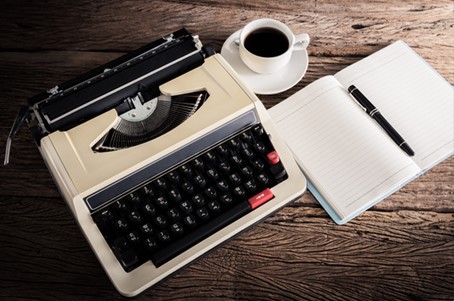 The following blog is contributed by Sarah O’Leary, a lawyer with a long history of advocacy for injured workers. *   Sarah has always had a particular concern for those with psychological injuries.  Her blog today focuses on some current experiences and issues facing  psychologically fragile workers when they reach plateau.

When a firefighter can't go back on the trucks, or a paramedic or police officer can't go back onto the streets, the best hope is that the employer will be able to offer a good accommodation, that will provide them with continuing employment (and benefits)  without being exposed to      the trauma that threatens to aggravate their compensable psychological condition.

This is always the first and best remedy for a disabled First Responder, or any psychologically disabled worker.  But sometimes a worker  is simply too severely ill to go back to work at all.

In these cases, the workers will stay on wage loss benefit with treatment until at some point  the board declares that they are “plateaued”; that is, that they are unlikely to experience    any significant change in their condition in the following 12 months.

Once that happens, they will be sent to vocational  rehabilitation, and this is where significant problems may arise.

We represent a number of First Responders who are too disabled by PTSD to function in daily life.  They can't socialize with others, drive a car or  even leave the house.  Clearly, if these disabled workers truly will not get better, even with treatment, they need to be granted a 100% loss of earnings pension as they are not fit for any form of employment. The WCB calls this “competitively unemployable”.

Here's where the problem arises: WCB policy states that there are 5 steps to the vocational rehabilitation process. The vocational rehabilitation consultant (VRC) is expected to follow these steps in trying to get an injured worker back to work. In brief, they run the spectrum from returning a worker to their pre-injury job, to finding another job with the skills they have, to getting retrained to do something else for a living.

Inevitably, when the VRC first contacts the worker, he/she will say, “It's my job to get you back  to work and you need to co-operate with me or else I can't pay you.”

The VRC will ask the worker to draft a résumé and think about jobs they can do.

Anyone who has experience with those who suffer from significant psychological impairment knows that threatening to cut them off if they don't put themselves in stressful situations that may tip them over the edge is the last thing they need.

Every time one of my psychologically damaged clients gets plateaued and referred to vocational rehabilitation, I can just see this coming, like a train wreck in slow motion.

We try to warn people about what the initial discussion with the VRC will sound like, and we try to reassure them that the goal is to get the vocational rehabilitation consultant to acknowledge that this worker simply cannot return to work and recommend that they be found “competitively unemployable.” Once that happens, the worker should get a 100% loss of earnings pension.

What the VRC never tells the worker is that there is a way to minimize the stress of this situation; rather than spending months making a psychologically fragile worker write résumés and try to do job searches, the VRC has an alternative:  to make a finding that the worker is unable to return to work early on, and pay him or her continuity of income benefits.

Chapter C11-89.10 of the Rehabilitation Services and Claims Manual provides for vocational rehabilitation benefits in the following circumstances:

The Board may pay a rehabilitation allowance to assist workers who are not actively engaged in the rehabilitation process but who are awaiting assessment of their permanent disability benefits. These payments will be considered for workers

Consideration will be given to the payment of a rehabilitation allowance between the end of wage-loss benefits or other wage replacement payments, and the commencement of the permanent partial disability benefits.

Prior to implementing an income continuity payment, the Board must have considered and offered to the worker all rehabilitation measures which are reasonable and might be of assistance to the worker.

In short, where a worker is unable to return to work, and it's pretty obvious that they will be getting a loss of earnings pension, the VRC can decide to just pay them a continuity of income allowance until the pension decision is made.

Obviously, this is never going to be automatic in any case of psychological disability where the worker is not permanently institutionalized. The VRC must make a determination about just how disabled the worker is from being able to work, but once that assessment has been done, the continuity of income benefits should be put in place.

Here’s a typical case where a continuity of income allowance would be appropriate:

John (not an actual person) has been a firefighter for 20 years. He has been exposed to multiple traumas over the years, and in June 2019 he attended a call where he tried to revive a dying teenage cyclist, who didn’t make it. This was just one trauma too many.

John became extremely sick with PTSD. He began to drink heavily and to use whatever drugs he could get his hands on in an effort to dull his pain. He doesn’t sleep, doesn’t want to leave his bedroom, much less the house, and has cut off all contact with his friends and co-workers. On a number of occasions he ended up at the emergency department of the local hospital because of acute suicidal ideation.

It's been over a year; he's attended several PTSD programs and has been receiving regular therapy with a psychologist, but his condition has not improved. The WCB has a team meeting where the board psychologist says it's unlikely that John will experience much improvement in the short-term, and he's declared plateaued.

We KNOW what's coming next:

The VRC calls John up and says she wants to have a lengthy telephone interview with him. In the course of that conversation, she tells him that she can ONLY pay him if he co- operates in trying to get back to work. If the employer doesn’t have an accommodated job John can handle, the VRC will want to discuss other jobs he can do or training he could get, to go into another profession. She'll want him to do a list of job search contacts every day or provide a proposal for courses he can take to get into another line of work.

John reacts very badly to this call. He goes into a black cloud of despair; says he's feeling suicidal and his wife brings him down to the local emergency department.

There should be some way to by-pass this very triggering and, frankly, dangerous phase of the claim.

In these cases, we have obtained letters from the worker’s treating mental health professional indicating that the worker is suffering from acute mental illness and is not  fit for vocational rehabilitation or work.

This is an actual sample of a letter from a psychiatrist advising against putting her patient through the entire vocational rehabilitation process:

XXX’s clinical status has remained rather grave. He has florid symptoms of PTSD despite a combination of evidence-based psychotropic medications and regular non-medication therapeutic interventions. His PTSD is severe and treatment resistant. His functioning in all realms is limited by his symptoms.

At this point, his prognosis is guarded. He is not fit for vocational rehabilitation of any kind. I suggest that he be determined “competitively unemployable.”

While one would think that this kind of letter from a psychiatrist should automatically raise a red flag, it doesn’t always do so. The WCB often have to be dragged, kicking and screaming, to the point of making the decision that the worker is competitively unemployable. It is often only after months of forcing the worker to go through the vocational rehabilitation process despite the worker’s fragility and adverse reaction, that the VRC finally recommends that they  are competitively unemployable and thus eligible for continuity of income benefits.  Sometimes they won't admit that a worker is competitively unemployable no matter how often the mental health professionals say so.  In that case, the worker is “deemed” capable of employment, even though he or she is not working, and they are not eligible for a loss of earnings pension.

Hopefully the intervention of an advocate with support from a mental health professional will do the trick, and the injured worker will be spared further torment. For you advocates, at the very least, if the board refuses to pay the benefits, demand a decision letter so that you can appeal.

This is a really problematic area for people with psychological injuries. While we appreciate that the VRC will have to have a discussion with the worker and do some investigation before arriving at the conclusion that the worker is competitively unemployable, once there has been clear evidence of the worker’s acute and fragile state placed before the VRC, that should be enough.

When you have an injured worker who has been plateaued and clearly is not well enough to return to work or to participate in vocational rehabilitation, ask for C11-89.10, income continuity benefits. These benefits are not used    nearly enough. The VRC will never tell you about them, so you have to ask for them, and do your best to secure them for your members and protect them from the risks to their health posed by further demands by the WCB.

As a lawyer, Sarah has represented injured workers and mentored worker advocates for many years.  Before she and Rolf Harrison began Harrison O’Leary, she was (in sequence) a Workers’ Advisor, an Appeal Commissioner, a WCB staff rep at Health Sciences Association and a lawyer at the law firm of Rush, Crane Guenther.   For many years, she was an instructor at the CLC Winter School and taught additional WCB workshops. She now offers WCB courses through VDLC and is currently a Director of WELLS.